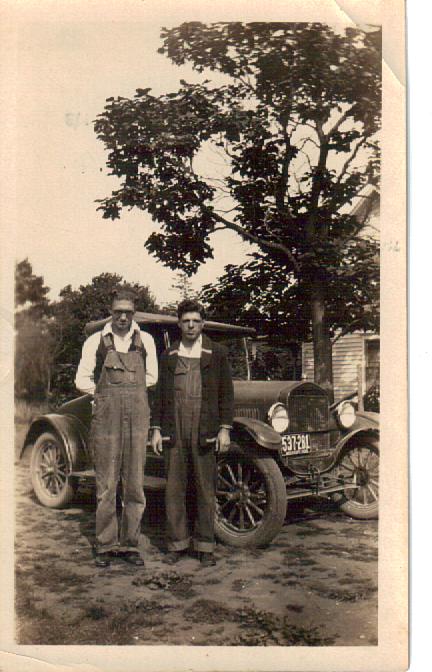 Strategic brothers,
knew the key to a girl’s heart
involved a hot car.

My father  got in on the ground floor of the automobile revolution.  He learned auto  mechanics by hanging around the only garage in his small Missouri farm town.  He cut his teeth fixing Ford Model Ts, and kept learning from there.

Although he spent years trying to make a living as a farmer, and then as a businessman, he ultimately returned to mechanic work.  It was really his true calling.

He could fix things, and make them run. He didn’t buy new cars.  He bought old cars in need of work and fixed them up.

When it became clear to him that he was going to be a mechanic for the rest of his life he went out in his back yard, and proceeded to build himself a proper workspace.  It looked just like a barn, because that is what he had built before during his days on the farm.

But he built it himself from scratch when he was well past 60 years old.  Of course, he used reclaimed lumber scavenged from various tear-downs.

In his later years he ran a mechanic repair business out of his new garage.  He was the only mechanic for miles around who would make house calls.  The farmers all over Saline County knew that he could be depended on to fix their tractor, hay baler, or corn picker.

The photo at the top of this post shows my father, left, and his brother, Ralph, in front of one of the hot cars of the day.