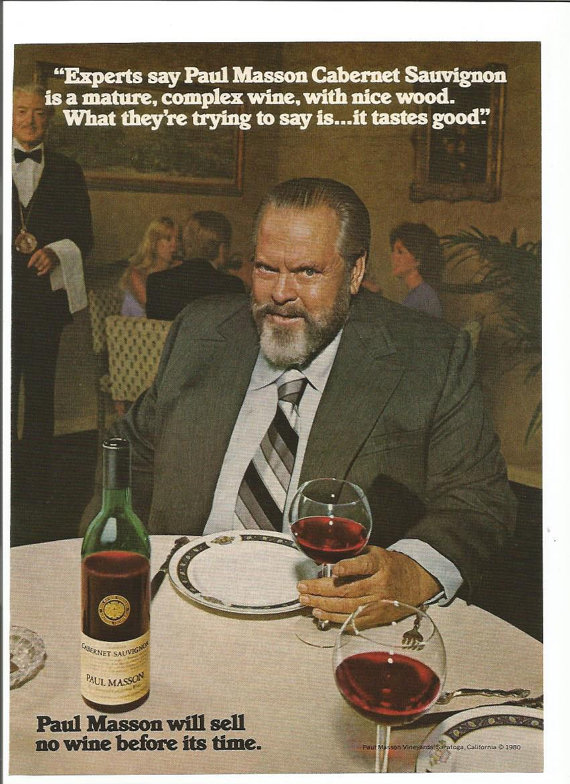 “We’ll sell no wine before its time,” we’re told.
The fat and famous spokesman made it clear,
Each vintage has its period of gold.
(You must assess the pressing and the year.)

So, likewise, for each vintage comes a time
The point past which there’s no return at all.
Decay and oxidation work their crime,
And turn your sweetest nectar into gall.

So come, my dear, what are we waiting for?
Our cellar holds a few more bottles still.
Pick one and brush away the dust before
Time turns its contents back to must — time will.
Cast off our caution and our clothes and pour,
And drink with joy until we’ve had our fill.

Welles had been the genius who panicked the nation in 1938 with his faux-documentary radio broadcast, “War of the Worlds.”  In 1941, he directed and starred in “Citizen Kane,” considered to be among the best — if not the best film of all time.

By the late 1970s, Welles was making commercials.  His Paul Masson spots are still classics.

“We will sell no wine before its time,” was a magnificent slogan.