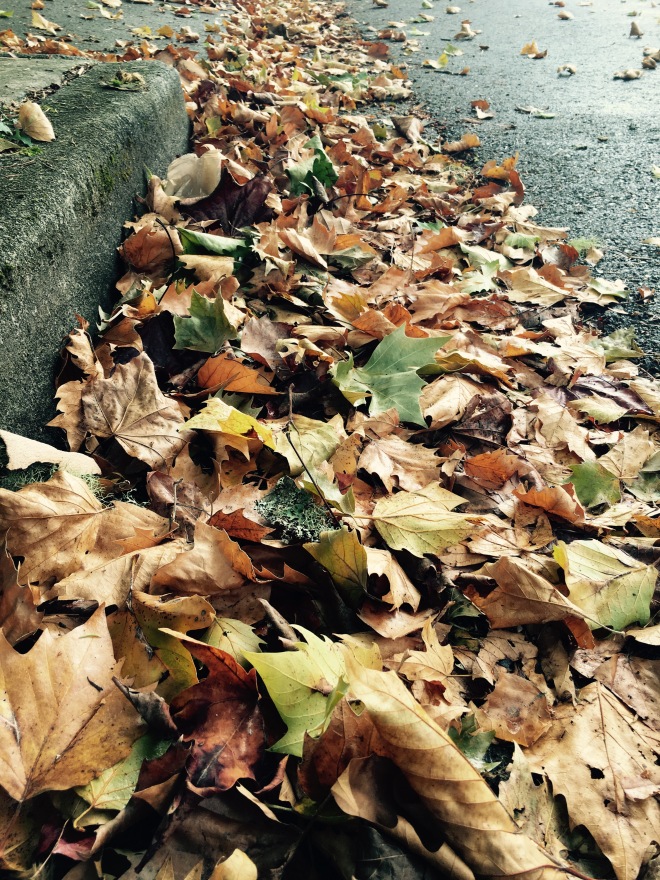 Afternoon in late September
Shows us signs we both can follow,
Shadows where there were no shadows
Days before, encroach on meadows,
Turning brittle brown and yellow.
Six o’clock’s a dying ember
Causing grown men to remember
Another fall’s disturbing echo.

When, unnoticed, fell the first leaves,
Yellow elm leave tired of sunshine?
Who suspected seeing such ease
When the first chill stunned the green vine?
Is embarrassment the reason
Sumac’s crimson hides its poison?
When was foliage last so supine?

Rainy night in mid-October
Brings the icy confirmation —
Twigs encased in shiny coffins
Clenched in cold that never softens.
Even daylight’s ministration
Alters no repose so sober
As the sleep of mid-October,
Sleep of spreading desolation.

Notes:  Written years ago and far away, when I lived in a much different climate.  My Puget Sound friends and neighbors might find it hard to relate to an autumn that leaves twigs encased in icy coffins, but my friends back in Minnesota understand all to well.

I recall one Halloween when my son and I set out at dusk to trick or treat in Minneapolis.  We made our way about two blocks as it began to snow hard, then harder.  We almost didn’t make it back home as we trudged through calf-deep drifts.

Autumn has its beauty.  “Every leaf is a flower,” is a beautiful sentiment.

Bit the fall is also one of God’s great metaphors.  And that makes it poignant, even as it is achingly beautiful.